Daisy thinks eating out of the bottom of the hay rack is boring. 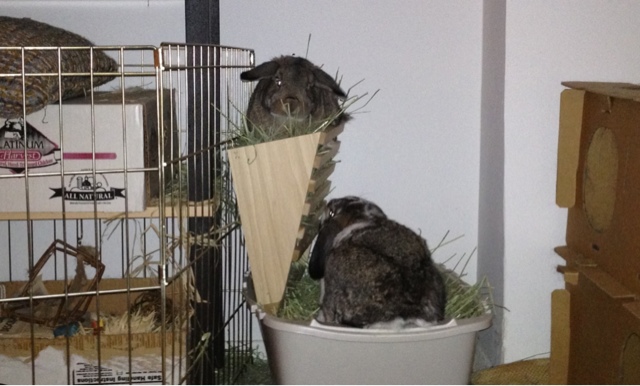 I know, I know, it has been awhile.  To be honest, I've been avoiding the blog.  It reminds me of Sogna, and it hurts like heck.  But I wanted to let you know how we've been.

First of all, Biff is great.  He has been no worse for the wear since Sogna left us.  He was a little bit more attention-needy, but every single bunny is.

I had a nice summer.  No school, only one job.  I spent the vast majority of the summer making this happen: 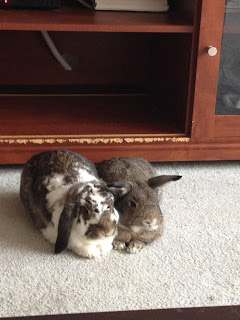 Meet Daisy. We adopted her in June, but it wasn't an easy bond.  Poor girl has been through the shelter twice now.  I don't know why anyone would give this adorable little girl up.  She clearly still has some trust issues. 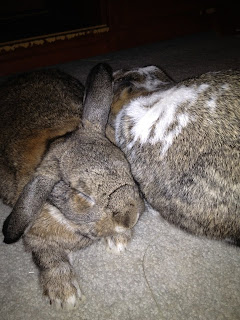 We're still working on teaching her to enjoy being pet. 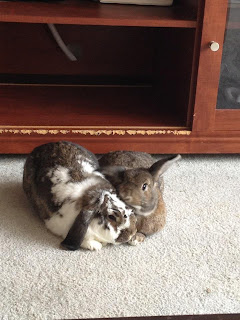 But she seems comforted by being pressed up against Biff, or against the stuffed bunny we got her so that she could vent her, ahem, sexual frustrations. 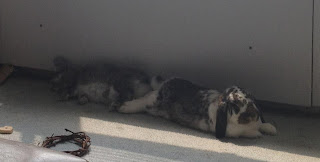 She is happy with us though, and comfortable in her own way.  She zooms around non-stop, and based on her energy level, we think she's very young, maybe two years old.  She is the queen of the binky, and of the flop.  She races over to us, bonks us violently, and then races off to her next appointment. 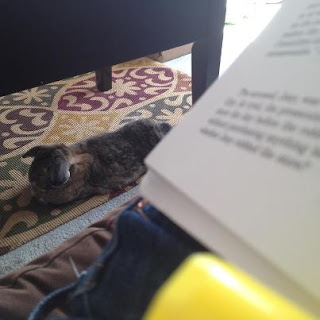