But we think they're ok. They don't make a lot of noise, like the Big Scary Dog, and they respect your space and don't get up in your face. 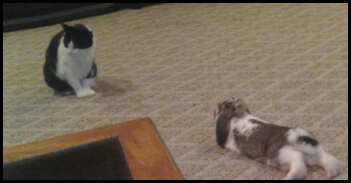 This picture was taken sometime last year, and my sister just gave it to me this weekend. Though Bella was kind of hesitant and aloof, as usual, Biff seemed to just want to make a friend. This was when I really knew I needed to bond him.
I'm back from my business trip. It was so hard to be away from the buns for so long (two days), but Jon took good care of them. I expected them to be punish me when I got home, by ignoring me, but as soon as Biff heard my voice he hopped around a full 180 degrees and ran over. Sogna wasn't far behind him. They loved the pettins. Sogna's coat has gotten ridiculously shaggy after two days of not being plucked. Don't tell her, but I do think she needs to be restrained and brushed asap. 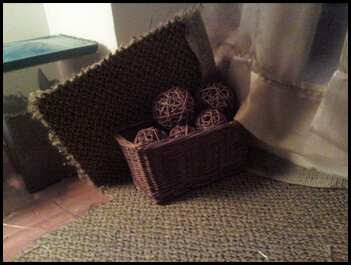 Before I left, I ordered the buns some presents to bribe them into loving me again. This basket came full of willow balls from Busy Bunny. I'm sure they'll be gone in a couple of days. 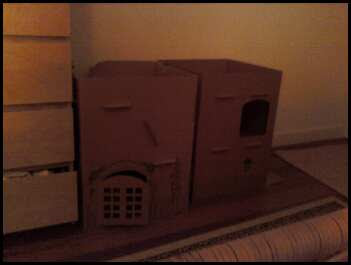 I also ordered a new Cottontail Cottage, since the old one (on the left) is getting dangerous. It looks ok from the outside, but the structural integrity of the two levels inside has been seriously threatened by digging activity.
I also ordered 6 extra large grass mats, not pictured.
Also, I recently cut off about 9-10 inches of my hair. Just felt like a change. The haircutter suggested I donate it, but I've donated to Locks of Love four or five times, and I'm pretty sure they require 10 inches as an absolute minimum. So the hair has been sitting in my nightstand drawer for over a month while I took my time deciding what to do with it. When the massive oil spill hit the Gulf, I knew what to do.
You see, there is an organization that uses hair stuffed into old stockings as boons to soak up the oil. It sounds crazy, but apparently it works better than dispersant, and has virtually no effect on the environment. They do take hair from groomers, etc., but apparently human hair works best! Who knew? 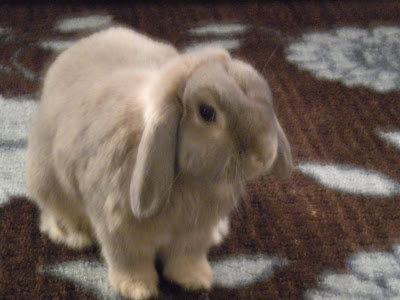